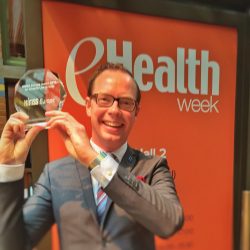 Forslund is well known for negotiating and establishing Sweden’s first National eHealth Strategy in 2005/06, and for holding the responsibility to expand and renew the strategy over the coming years within the Swedish Government Offices.

In addition, Forslund has secured the political mandate and 240 million EUR in funding for one of the largest investments ever in Swedish eHealth: the launch of the “3R Programme” for a large-scale renewal of Electronic Health Record Systems in Stockholm County Council that will be carried out in close collaboration with other Swedish Regions.

More recently, Forslund has initiated a broad scale implementation of a service that will provide all patients in the greater Stockholm region with secure online access to their own medical records, which will be a mandatory e-service for all healthcare providers in the region, to be rolled out from October 2016.

Christina Roosen, Vice-President of Public Affairs at HIMSS Europe, said: “Daniel has been a key player in the eHealth sector for many years now, both on a Swedish and European level. This year, we are thrilled to be handing over this exclusive eHealth Leadership Award to him, as it is an extremely well-deserved achievement. In his various roles throughout his career he has managed to strongly influence the highest levels of authority with the aim to raise awareness of the impact information technology has on health and care.

“Namely, Daniel took eHealth to the Ministerial level in the European Union for the first time by producing a Presidency Report on eHealth during the Swedish Presidency of the Council of the European Union back in 2009, which revealed the alternative cost if Governments did not invest sufficient funds in eHealth. Since then, he has been leaving his mark as Commissioner for Innovation and eHealth in the Stockholm County Council.”

Forslund received HIMSS Europe eHealth Leadership Award during the eHealth Week Opening Plenary, whose participants were: the Dutch Minister of Health, Welfare and Sports and the EU Commissioner for Health and Food Safety. Forslund was awarded on stage by Stephen Lieber, President and CEO of HIMSS.

Forslund added: “I feel truly honoured and humble for receiving this Award as appreciation of my work for innovation and eHealth. Modernising healthcare through the use of health IT has been a passion of mine for many years, and it can be both challenging and rewarding. The biggest reward of all is of course when hard efforts to modernise governance structures and launching eHealth projects results in improvements of the daily life for patients and health professionals. To win the HIMSS Europe eHealth Leadership Award gives me energy to continue this long-term work for many years to come!” 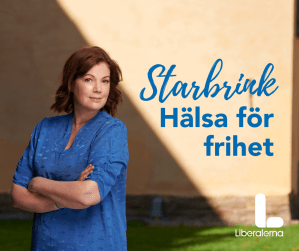